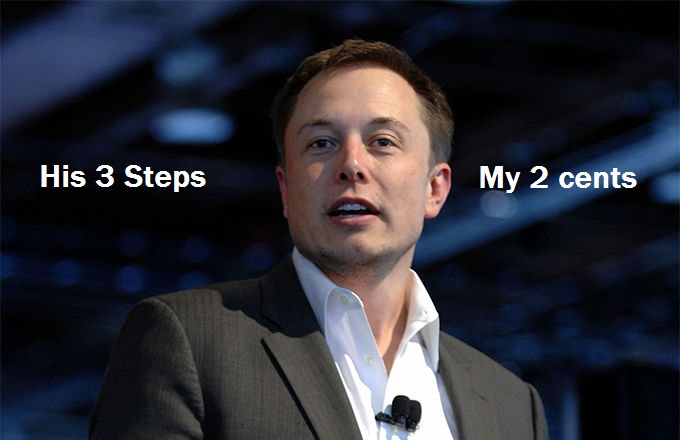 I read some articles by Jason Fernando, and they are very interesting. But Three Steps Elon Musk Took To Become Successful attracted my attention because in my opinion it refers to the correct steps, but the interpretation misses key points. This article is my 2 cents on what made Elon Musk so successful.

1. A Clear Sense of Motivation

Picture the scenario: you’re 28 years old and receive a cash payment of $22 million. This is the situation Elon Musk faced in 1999 after the sale of his first Internet company, Zip2. Under these circumstances, most of us would likely retire into a life of recreation and luxury.

Couple of years ago, before I started my first startup, I would also agree with this statement.

But there is a bit of the elephant in the room: Elon got 22mln for creating the viable business. And on the way to complete this task he experienced the drug of pure leadership, it is like a tiger who first time felt the taste of flesh. After such an experience none of the people who I know, would agree to just veg out in the lap of luxury. Successful entrepreneurs actually can. But the feeling that you are capable of creating a viable business is HUGE REWARD in itself.

Yeah, it may sound idiotic. Especially if you are in the middle of your project, when you already exhausted and dazzled by the amount of unexpected troubles on your way. But trust me on that: after a relatively short vacation (in comparison to the time you spent building your startup), you will be bored and be happy as a clam to come back either to further develop your business or to found a new one.
I have pretty exciting avocations (sailing, motorcycle, snowboarding etc), but nothing really can compare to the fixes of adrenaline, dopamine and serotonin you get in your business. Especially at its early stages.

The author refers to Sun Tzu’s “win first, and then go to war”, saying that one of the interpretations is 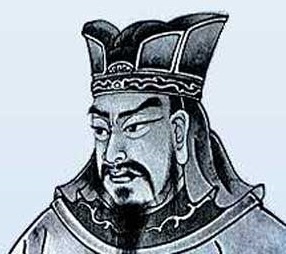 to accept the worst-case scenario first. Really? Accept the defeat, and then go to war?! Do you really believe that with a such attitude anybody can create a successful business? Yes, I know that you will definitely learn to be aware of the worst-case scenario down the road anyway, but it cannot become a cornerstone of your success. And also, how is it connected to “win first, and then go to war”? Can anybody explain this to me? To me it looks far-far-fetched.

My own interpretations of this counsel would be:

And we can see that Elon Musk is a master of “win first, and then go to war”-approach. But I disbelieve that it’s because he has an experience of worst-case scenario and had been living for just $1 a day.

Jason states that one of the keys to Elon’s success is his life-long self-education. And even though the author refers to it as to a “hard-won knowledge” gained as a result of the access we all have to information nowadays, I think that the main point here is missing. Or at least it deserves to be stressed out more. Musk is successful not just because that he gobbled up gazillion of books and textbooks. The secret of his self-education is practice.

There is no correlation between how much you read and the level of your success. In fact, I know people who read a lot, but are not bold enough to go and apply the knowledge. For them it is an alibi – nobody can rebuke them, because they do so much: visit seminars, read books, take educational courses, mingle with like-minded people etc.

And also I know another sort of people – they are successful but they have not much time for reading. Their self-education is mostly limited to some training courses, when it is really needed for the business. But they prefer to imperfectly act rather than perfectly linger.

Musk knows this secret: his knowledge is very practical, so, it turns into practical skills quickly.

I think that we can conclude that we got the hang of some elements of Elon Musk’s success: self-education to gain appropriate skills, a good advice from Sun Tzu and a very natural entrepreneurial motivation.

They are all simple, but not so easy to practice. Anyway, I wish you good luck in practicing them! These lessons definitely won’t go amiss.